Yesterday we announced that eSports luminaries djWHEAT and 2GD have joined the TwitchTV team. Welcome!

We’re so happy to be working with people and organizations of this caliber.

Be sure to check out the live ESL action at Intel Extreme Masters now. 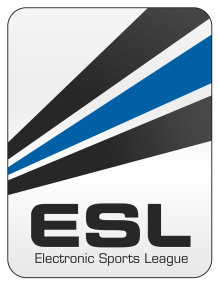 SAN FRANCISCO, Oct 13, 2011 (BUSINESS WIRE) — TwitchTV, the world’s largest video game broadcasting community, today announced exclusive partnerships with Electonic Sports League (ESL), a prominent and pioneering eSports league, and Team Dignitas, one of the premier teams in the eSports industry. These highly revered organizations will provide streaming video of their players and events as part of a revenue sharing deal that will benefit both the teams and the network.

“TwitchTV has been an amazing partner for our team,” said Michael O’Dell, owner and managing director of Team Dignitas. “They clearly have the best streaming tools for both broadcasters and viewers, with unmatched quality and service. They’ve really helped us expand our viewership and community. This official partnership highlights the relationship we’ve had for quite awhile.”

“At the ESL, we all have an overwhelming passion for eSports, and we know we share it with the TwitchTV team,” said Sven Hoffmann, managing director at ESL TV, web TV service of the ESL. “We’re happy to partner with them to bring all ESL content to the TwitchTV platform. Their audience of gamers, high quality video platform and passion for gaming makes them the best choice.”

These new partnerships extend a long list of other exclusive contributors, including:

“As the leader in eSports broadcasting, it’s critical that we continue to attract and showcase the industry’s top talent,” said Emmett Shear, CEO of TwitchTV. “These two new partnerships are the latest in a long list that includes the largest, most reputable organizations in electronic gaming. I’m so proud that teams and leagues of this caliber see fit to partner with us. We’re here to support them in everything they do.”

Based in Great Britain, Team Dignitas is considered one of the best professional gaming teams in the world.i” Dignitas was formed in 2003 after the merger of two excellent Battlefield 1942 teams, but has expanded its forte to include many other games. In addition to the big franchises under their belt, they have a reputation for being one of the few major teams to support games with much smaller communities.

The Electronic Sports League (ESL) is the largest and most important league for gamers in Europe consisting of more than 3 million registered members and more than 740,000 registered teams. ESL is operated by the company Turtle Entertainment GmbH since 2000 and offers more than 3,500 professional leagues and amateur ladders from a variety of games. http://www.esl.eu

Vice President of Marketing at Twitch.
View all posts by Matthew DiPietro »